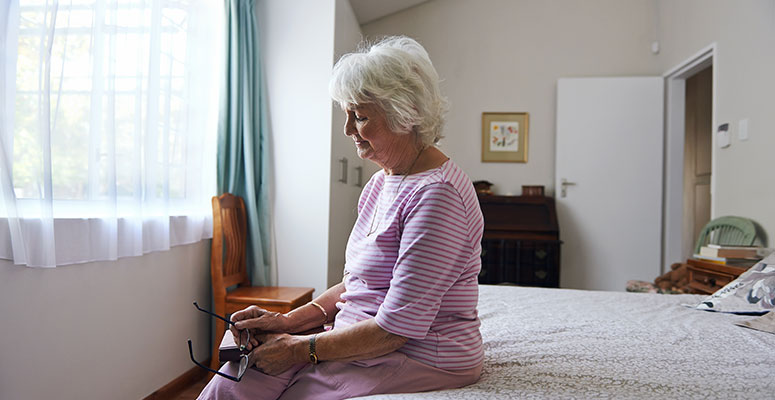 November 26, 2018 By Webmaster Posted in: Articles

What are the Early Signs of Dementia?

What follows are the early signs of dementia that represent the damage to brain cells which slowly being the process of mental deterioration. While there is no cure, there are medications that can treat the symptoms and slow down the process.

Those who have dementia will have greater difficulty in problem solving, such as balancing a checkbook, organizing activities, and putting together puzzles. Dementia usually first affects parts of the brain that deal with planning and problem solving. Sometimes, this can be mistaken for memory loss, but it is difficult in that the cognitive part of the brain that figures out tasks is being affected.

This is the most common warning sign of dementia as it tends to affect short-term memory. A senior may have perfect long-term recollections, but they are less able to remember recent events or conversations that have taken place. While dementia will affect long-term memory, it is the effects on short term memory that is a clear early sign.

The inability to keep track of conversation, of using the wrong words, or getting stuck on words that should be familiar, but are not is an early sign of dementia. It’s as if the word is on the tip of their tongue, so they use another, similar sounding word instead.

Everyone will feel burned out from time to time, but those with dementia will withdraw from the things they enjoy doing. This means a lack of hobbies and activities that were once part of their lives. Of the early signs of dementia, this one can be mistaken for depression. So, if the condition persists, a trip to the doctor may be needed.

There are personality changes that are associated with dementia, most notably irritation and an inability to control impulses. Compulsive eating is a common sign, but it is any impulse that is usually acted upon without thought or control that hints that dementia may be involved.

Since the brain can be affected in different ways, there are other early warning signs, such as being suspicious of others for no reason or getting lost while driving over the same route. Driving skills become progressively worse as well, resulting in difficulty in judging distances or speed. That’s why some early signs are difficult to distinguish from occasional forgetfulness, but in effect long-term patterns start to change which signals that dementia may be present.

The quicker the early signs of dementia are recognized, the more effective the treatment will be. If you notice any of these signs in a loved one, particularly a senior, then a visit to their doctor is recommended.